Taylor Swift was right: no one likes a mad woman. Our culture has an obsession with mad women, demonizing them for owning up to their autonomy and freedom to live without being defined by the relation with a man. Pop culture is full of instances of the “mad woman”, Daenerys Targaryen from Game of Thrones, Skylar White from Breaking Bad, Blanche DuBois from Tennessee Williams play A Streetcar named Desire. All three of these are set within male-dominant environments, where women seeking independence and freedom from the control of men around them demeaned them as “bitches”, “nagging” and are punished with isolating their presence through sending them to mental institutions or outright murdering them, and the deed is justified because she dared to challenge the societal conventions that restricted her.

Take Rebecca for example. My favorite novel and the one that got me thinking about this term.

I picked up this book two months ago when a frustrating google search during quarantine on gothic fiction recommended me this as one of the best written modern fictions of all time. And surely it didn’t take me less time to get addicted to Daphne du Murier’s compelling story structure, its cold elegance, and a dark and twisted romance that we assume to be predictable in the beginning, but by the end the readers are left in suspense. One of its most enduring characters, and the reason why even decades today gives credit to du Murier’s creative mindset, is the character of Rebecca. In reading the book from her perspective, I grew to hate all of the characters even more so, frustrated at how much we assume we know about her, but yet by the end we realize we never knew Rebecca. She was the mad woman, the one who kept challenging the societal restraints she was surrounded with, upending the angel/whore dynamic that vilifies outspoken women for living their life on their own terms.

The most interesting aspect to Rebecca is the way she explores the angel/whore dynamic, which the media uses to glorify women as angels who are good girls and loyal to the men around them, and labels other women as “whores”, the ones who refuse to live their lives as according to society’s expectations. And the way this dynamic is played out in the book introduces us to characters who define the opposing ends of this spectrum, but by the end of the book, the dynamics are completely upended, showing us these characters are only good because they devoted themselves to upholding the patriarchal norms and traditions while marginalizing those who refuse to live the same way. Let’s take for instance the character of Mrs. De Winter, the “good girl” who is the young bride of Maxim, and her utter devotion to Rebecca, without knowing the reality of the events that had happened that led to her death, cause her to become even more blindly devoted to her husband’s crime of murdering her, and she goes to lengths to ensure the crime is covered up. Taylor Swift in her song “Mad Woman” gave a shout-out to women like Mrs. de Winter, who are complicit in upholding the patriarchal conventions by silencing women who challenge their husbands: “And women like hunting witches to/ doing your dirtiest work for you/ It’s obvious that wanting me dead has really brought you two together.” Daphne de Murier did a clever thing by denying the protagonist Mrs. de Winter her real name, maybe shedding a bit of sympathy for her mindset as being born into poverty and working as a companion before a man with a mysterious past and ostentatious amounts of wealth swoops her from her troubles, and makes her the mistress to a grand home.

It’s clear from this backstory that Mrs. De Winter was a naïve woman, who couldn’t understand the power of a woman like Rebecca who remained recognized by her own name and didn’t absorb the identity of her husband.

Coming to the other “good person” of the novel, Maxim, and how he was seen as a sympathetic character for how Rebecca manipulated him and sought out to ruin the good name of Manderley had he not killed her. First of all, Maxim was never the man who could be sympathized with or had an ounce of sympathy for others. He’s a selfish, standoffish man who cuts of people when he finds them unappealing, not to forget that he was a forty-year-old who whisked up a young woman, completely isolating her from his troubled past and forcing her to handle the burgeoning responsibilities of becoming the mistress of Manderley, while he shut himself off thinking about his cheating ex-wife. Rebecca in the beginning is completely seen as fitting to this role as in one chapter, Maxim’s grandmother remarks that she has “beauty, brains and breeding. Perfect for the mistress of Manderley.” But Rebecca refuses to be limited down to just being the wife of a boring man like Maxim, so she leaves for weekdays to party in town, and has her own sex cabin on the beach where she meets men privately. Her sexual desires are what Maxim justifies as being a deviant, someone who was worthy of being killed off because she owned her passions. Just like Skylar White from Breaking Bad, refused to live with an abusive man like Walter White who forcibly raped her, prevented her from working, and isolated her and her children just to enjoy being a petty drug criminal. Skyla’s biggest crime which have labelled her by the fans of the series as a “home-wrecker” and slut” would be her constant efforts to divorce her husband, and then her affair with Ted, which she openly taunts in Walt’s face, reminding him that she’s the antagonist to his protagonist, ready at every turn to ensure she seeks her freedom from him.

But this essay is not about the characters like Mrs. De Winter or Maxim, it’s about Rebecca and the angel/whore dynamic that punishes women like her who choose to explore their sexuality and their passions to the fullest. Throughout the story, she haunts the story as a “witch” of some who hated her for owning up to her sexuality, or a chance to gain some power-play by characters like Mrs. Danvers and Jack Favell, who claim to be the ones who really knew Rebecca but were just watered-down school bullies exploiting a character to get some screen-time. When in truth, as Mrs. Danvers delivers in my opinion the most honest thing about Rebecca: “She never loved any one of you, she was above all of that.” Rebecca was neither a whore nor an angel, she was a complex human being who was reduced to sneaking around, manipulating, and then embracing the role of a deviant in order to live her life to the fullest. As a result of this she was labelled as the “mad woman”, a woman who defines her life outside patriarchal conventions.

I was upset when I got to the end of the book when the Judge is complicit in the efforts of Maxim to hide the true findings of Rebecca’s murder, which was seen as a win because now the second Mrs. De Winter could finally develop her own control over the household, take over the influence of Rebecca, the one who built Manderley by hand and was the reason why these characters could consider themselves even interesting because of her influence in their lives. But by the ending, we come to find Manderley burning, and which I felt was one of the most classic ways for a “mad woman” to send a message to her oppressors. In that moment, she gives out a message to the readers: “You didn’t think I would let them off peacefully, did you? You see, I’m not going to go out without making sure I have the final say.”

Pop culture has an obsession with taming women to be good and submissive, and the phrase “mad woman” acts as marginalizing women from seeking their freedom, and often succeeds in doing so. By the end of “A Streetcar Named Desire”, we seen Blanche being marched off to the mental asylum to be lobotomized, while her rapist Stanley is starting a family with Stella. Breaking Bad shows Skylar suffering from Stockholm Syndrome and acting as the primary agent in building up his wealth and meth empire, while all the time taking in his emotional abuse and manipulation. Taylor Swift ends “Mad Woman” by promising her tormentor that she taking her time, and planning to overthrow him because he took everything from her. It’s beautiful and mind-blowing to see that when the mad woman finally does, she makes sure it’s a lesson of a lifetime. she burns down the house of her oppressors, and makes sure that they live the rest of their lives in cheap hotels as hideaway criminals, remembering what will happen when they try to mess with the “mad woman”.

Mahnoor Jalal is a student of Liberal Arts from Beaconhouse National University. She dreams of becoming a writer and covering issues like pop-culture, literature and feminism 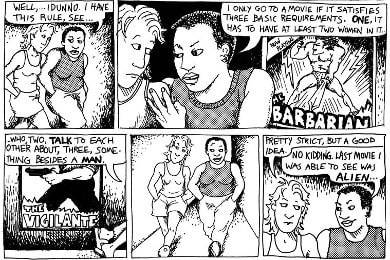 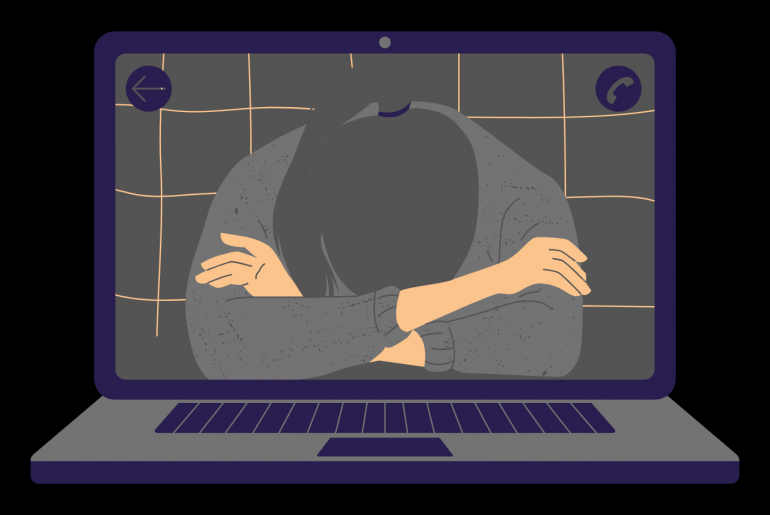 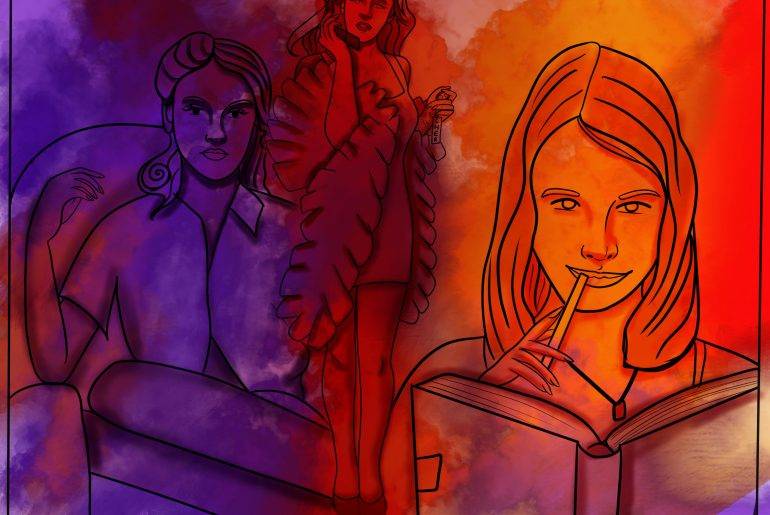 TO ALL THE MOVIES I’VE WATCHED BEFORE